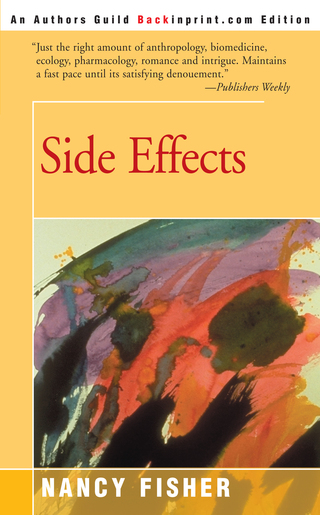 "Maintains a fast pace until its satisfying denouement... realistic in both scope and description, Fisher has created likable characters... just the right amount of anthropology, biomedicine, ecology, pharmacology, romance, and intrique."

An exciting and topical medical thriller about two young men lost in the Amazon rain forest and the secret they stumble on but don’t understand; an amazing new youth drug and the ruthless corporation that manufactures it; a beautiful woman physician willing to risk her life to unravel the truth; and the anthropologist with whom she falls in love.

Ten years ago, an intrepid young anthropologist and a brilliant but obsessive biochemist stumbled upon a very unusual tribal ceremony deep in the heart of the Amazon.

Today, Dr. Kate Martin, recently appointed medical honcho at Randall-Webber Pharmaceuticals, is launching the most revolutionary drug of the century: Genelife, a medical miracle that restores youthful good looks and vitality with stunning speed. To millions of people, it is an irresistible breakthrough. Why grow old when it has become so simple to stay young?

With her medical credentials and physical beauty, Kate becomes the star of the media blitz to sell the world on Genelife. But she soon begins to suspect that this drug, which she herself is using, has a higher incidence of certain side effects than she, and perhaps the FDA, had been told about by Michael Nolan, Randall-Webber’s ruthless CEO.

Meanwhile, biochemist Tucker Boone, Randall-Weber’s quirky director of research and development, has mysteriously disappeared. And when handsome anthropologist Steve Kavett sees Kate on television and calls to ask her help in finding his old friend Tucker, Kate comes to realize that the launch of Genelife conceals many sinister secrets. Even more frightening, so may Genelife itself.

Kate hazards her life as she plunges into a nightmare labyrinth that takes her from a secret drug compound in Connecticut to the inner sanctum of a Japanese conglomerate to a hidden laboratory deep in the Florida Everglades to the secret prison of Tucker Boone, whose original discovery of Genelife may have driven him mad, as she searches out the terrifying truth about this miracle drug that first seduces, then ravages.